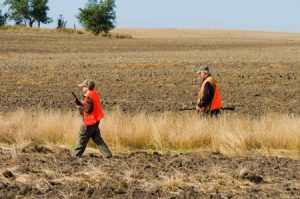 People come from near and far to Tennessee’s Meadow Brook Game Farm to hunt pheasant. In business for over 50 years, Meadow Brook’s pheasant hunts are popular because hunters don’t need a hunting license, Meadow Brook furnishes the hunting dogs, and there are plenty of birds to shoot on a guaranteed hunt.

What are some “do’s” on a pheasant hunt at Meadow Brook? Do wear an orange cap, vest and safety glasses. Do be familiar with your gun, including knowing where the safety is and how it works. And do shoot some clay targets or at least some still targets before you come to hunt.

Now what about “don’ts” for pheasant hunts?

You have to be very careful when hunting, in general, right? Don’t shoot a pheasant that’s above someone’s head. Why? Because one bad move and you could shoot your hunting buddy or guide in the head. Yikes!

Don’t avoid challenging terrain. Sure, it might be easy to take the easy path, but true hunters need to slog their way through some difficult terrain because part of the fun of hunting is being able to say, “Yeah, I made it through all of that!” Plus, birds are probably in the hard to reach places.

Here’s one that most people don’t think about, but it’s important: don’t bring a dog along that isn’t a hunting dog! Sure, you might want to bring your own pet, but what good is a dog that’s not trained at hunting pheasants? You want a dog that’s your true helper– not a nuisance.

When you’re out on the land, you don’t want to worry about going to the bathroom. Therefore, don’t overeat or drink a huge Coke right before you head out on your hunt. Instead, take along enough food, like granola bars, for the hunt, without overwhelming your system and needing to poop or pee every few minutes. Bring wet wipes and/or toilet paper with you, if possible.

Finally, for all of you ready for pheasant hunting… don’t forget to waterproof your boots. Nothing’s worse than having cold, wet feet on a hunt.