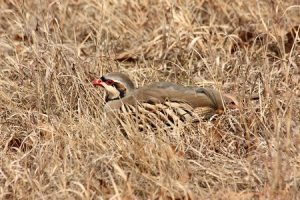 Chukar is not native to the continental U.S., but has still become a popular and important game bird. Since their introduction here in the late 19th century, chukar have established sizable populations in at least 10 Western states. In recent decades, chukar partridges have become one of the most popular upland game birds for hunters. 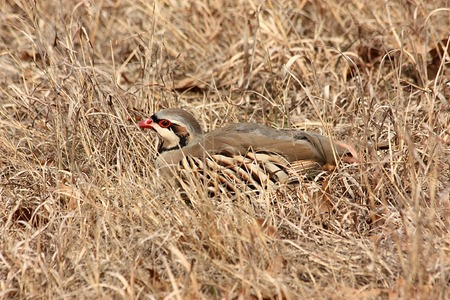 The earliest introduction of chukars to the United States is believed to have occurred in 1893 when an Illinois man imported five pairs from India, according to a history published by the Nevada Department of Wildlife. In the years since, individuals and states across the nation have worked to expand their reach and nesting areas. The introduction of these birds was widely accepted, in part, because they do not compete with native birds for habitat or food. Chukar partridges usually prefer over-grazed and burned over areas in the Western U.S. that are not frequented by native game birds. Chukar is also known to travel long distances, which has helped them to become established is such a wide area in the West without any intervention.

Chukar is a member of the partridge family, and part of the red-legged partridge species. The birds are native to Eurasia, and although several different subspecies were introduced to the U.S. during the 20th century, it is widely accepted that most wild chukar birds today are descended from imported Indian chukar.

It is relatively easy to identify chukar in the field due to their distinct markings. The birds are gray in color, with a red bill and legs. The sides of the birds feature cream and black stripes. Chukar is also interesting in that they will fly to escape danger, but generally prefer to walk or run along the ground.

Fortunately, you do not need to travel to the Western U.S. to hunt chukar. Meadow Brook Game Farm offers guided, group hunts for chukar, as well as pheasant and quail. Our bird hunting season begins Nov. 1 and continues through March 30 each year. Learn more about our bird hunting packages or book your trip today by calling 615-888-2411.