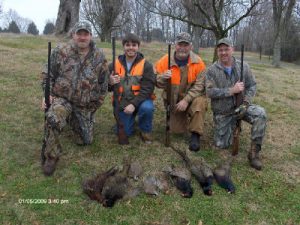 Meadow Brook Game Farm is located in Westmoreland, Tennessee. With a population of just over 2,000 people, Westmoreland was first settled in the early 1800s by pioneers looking for new plots of land where they could settle and build a life. Between 1805 and 1820, Westmoreland grew thanks to the establishment of the railroad and its ancillary businesses. People from North Carolina and Virginia came to Westmoreland thanks to the railroad. In time, the community became associated with the lumber industry.

If you were to visit Westmoreland many decades ago, you’d see a train depot, a hotel, and two storehouses– one on each side of the train tracks. Over time, these buildings would be repurposed, used for businesses and residences, and eventually torn down.

In the early 1900s, there was a tourist boom where people would get on board the train at Westmoreland and take a trip to Epperson Springs Hotel and Resort where they’d bathe in Sulphur waters known for their medicinal value. Unfortunately, that hotel burned down in 1926 and wasn’t rebuilt.

While the railroad and lumber continued to play a role in the growth and development of the Westmoreland area, the region also benefited from its diverse agricultural infrastructure.

Time has a way of changing things in most towns, and by 1976, the railroad tracks running through Westmoreland closed down. The depot and other artifacts of a bygone era were replaced by a parking lot. Today “downtown” Westmoreland is like many small towns across America– it has its share of businesses like Cathy’s Country Cupboard, Highland Pizza, Mike’s Foodland, and Black Dagger Tattoo. Meanwhile, chains like Hardee’s, Taco Bell and Dollar General are in town, too.

About a 15-minute drive from downtown Westmoreland you’ll find lots of unspoiled land, including the 1,200-acre shooting preserve known as Meadow Brook Game Farm. There you can hunt pheasant, quail and more. For details, call 615-888-2411.